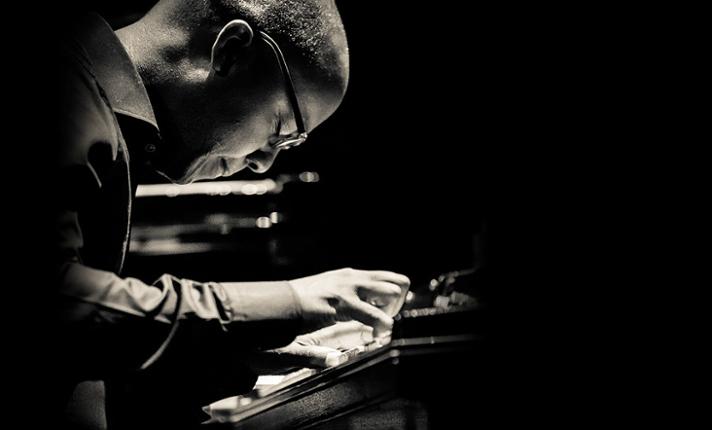 Robert Mitchell presents his large-scale project, the unique cross-genre suite “Invocation” outside the UK for the first time. Described as imaginatively constructed and endlessly surprising (Peter Quinn) the piece perfectly blends the traditions of jazz, choral, classical and improvised music. “Invocation” carries an important message monumentally and transcendentally expressed by Robert Mitchell’s Panacea, a choir & string orchestra. Robert is very pleased to collaborate with the NFM Choir directed by Agnieszka Franków-Żelazny and the Polish Chamber Philharmonic Orchestra Sopot on this performance. The piece was premiered in 2014 with Bournemouth Symphony Chorus in the UK.

…Mitchell is a lyricist and a thinker, and British jazz is far richer for his presence. – Mike Butler

There was a conceptual richness to Invocation that would be beyond even the most creative of beings and if the immense intricacy of the composing was commendable then so too was the real soulfulness, the humanity, at its core. – Kevin Le Gendre, Jazzwise

After the presentation of “Invocation” in Wrocław, Robert Mitchell continues touring in a trio format with a new band, Robert Mitchell’s Epiphany 3, to present his newest project & album to be released in 2017 called “A Vigil for Justice. A Vigil for Peace”. Robert furthers the musical concepts in “Invocation” and presents a recording featuring music played solo and in a piano trio as well as spoken word. In “A Vigil For Justice, A Vigil For Peace” the composer addresses dissatisfaction with the political process, inequality and division, continued struggles for peace, migration, refocussing on the special talents that everyone possesses, long lasting love, a tribute to the brilliant Debbie Purdey. It is an introduction to a larger work called “The Spirit Line”.